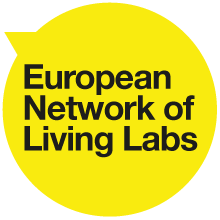 The European Network of Living Labs (ENoLL) is a global network of open innovation ecosystems (Living Labs) that places people at the centre of product and service development and innovation. The network and its members provide innovation services for small and medium-sized international companies, the public sector, organisations and citizens. ENoLL promotes the development of business and industry and the creation of tax revenue and jobs.

ENoLL has recognised nearly 400 living labs from around the world maintained by municipalities, universities, regions and companies acting also as the development and piloting partners. Of these, 170 make up the core for piloting European industry and innovation policy and are involved in in-depth cooperation with regions and the European Commission’s Directorates-General.

The ENoLL network aims at creating pan-European experiments and prototypes for new markets, based on the Digital Single Market. It is an open engagement platform where new business models can be co-design, experimented with and developed all based on a quadruple helix approach, creating safety nets for experiments and prototypes with new roles of the public sector as enabler and catalyser. ENoLL can combine European vertical specialisation domains (health, smart cities, creativity, education etc.) with horizontal and territorial specialisation.

The ENoLL international non-profit association, as the legal representative entity of the network, was founded in 2010 and is headquartered in Brussels, at the heart of Europe. ENoLL supports the evolution and the uptake of the Living Lab paradigm throughout Europe and worldwide, contributes to the creation of a dynamic, multi-layer and multidimensional European Innovation Ecosystem, and facilitates the cooperation and the exploitation of synergies between its members and external stakeholders

ENoLL is a network of innovation networks or ecosystems represented by a legal entity so called the living lab host organisation. The ENoLL members (host organisations of the living labs or ecosystems) are mainly research institutions, public local and regional authorities and agencies, public-private innovation actors or private companies. They all represent a community of change makers that have contributed over the years to generate business and societal positive impact through open and user driven innovation. ENoLL is active in 20 of the 28 EU member states, and in 2 of the candidates (Serbia and Turkey) and present in all the continents with a 20% of members based out of the European Union. (The whole list of ENoLL members can be found at http://openlivinglabs.eu/livinglabs)

ENoLL brings international expertise on living lab methodology and practical arrangements to project as well as competence on collaborative development methods in general. ENoLL is involved in work packages WP3, WP4 and WP5. 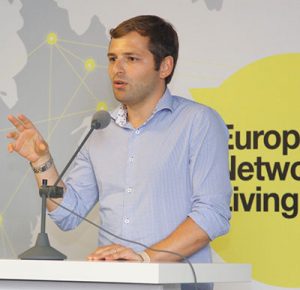 Paolo Aversano is an Italian researcher based in Brussels and working for the European Network of Living Labs. He earned a Bachelor`s degree in Communication, Journalism & Cinema at the University of Bari, a first Master`s degree in Marketing at the University of Naples and a second Master’s degree on business models and European policies at the VUB (Vrije Universiteit Brussel). He previously worked as a researcher at SMIT, the research centre of the VUB of Brussels focused on Media, Information and Telecommunication Studies. From September 2013 onwards he has been working at ENoLL (the European Network of Living Labs) on project and network development: his research is currently dealing with a number of European-funded projects focusing on smart cities and the creative industries.

ENoLL has been involved in 15 European research and innovation projects, in all the cases playing an important role in dissemination, community building, stakeholder engagement, knowledge transfer, and exploitation and project capitalisation. Some relevant projects in relation to this project:

CitySDK (http://citysdk.eu/) was a CIP smart city project developed from 2012 to 2014. It created a toolkit to enable a more efficient utilization of the expertise and know-how of developer communities to be applied in city development. The toolkit comprised of open and interoperable digital service interfaces as well as processes and usability standards.

The SPECIFI project ( http://www.specifi-project.eu/ ), CIP smart city project developed from 2013 to 2015, aimed at demonstrating the positive impacts of a European Creative Ring of Smart Cities and Regions, with real-­life Future Internet (Fiber-­to­‐the­‐Home and wireless) infrastructures. These scenarios include real-­life users and in 5 certified Living Labs active in 3 smart cities and their surrounding regions.

MyNeighbourhood ( http://my-neighbourhood.eu/ ) CIP Smart city project developed from 2013 to 2015, created a new and ‘smarter’ conception of the ‘Smart City’ that focused on people and their well being rather than just ICT infrastructures and dashboards. In so doing, MyNeighbourhood used new technologies and user data to help recreate a lost sense of neighbourhood that is rooted in local place, common ties and personal interaction

ACE project (http://www.europeanace.eu/) (2013-2015) worked on delivering targeted cross-border services to highly innovative entrepreneurs, start-ups and SMEs in the ICT sector in order to accelerate their growth. The ACE programme was supported by cross border finance experts and European innovation support networks EBN and ENOLL. Organisations had the opportunity to test and develop their products/services in cross border Living Lab testing utilizing Living Labs from the ENoLL network in Belgium (iMinds), the UK (Coventry University), Finland (Forum Virium) and Luxembourg (Technoport)